Hi guys, so recently my windscreen wash jets stopped working (front and back at the same time) ive checked the water/screenwash which is full and also poked into the nozzles to check for blockage. Also when I activate it, it no longer makes the whirring noise its completly silent. Ive been told it could be a dead fuse but wantes to get you guys opinion. Thanks in advance
Top

Could be the actual pump on the side of the bottle....cheap and easy to do..
Top

In order of probability:

* Pump Fuse (could have blown in the cold snap, if the windscreen wash froze and somebody attempted to operate it)
* Loose wire coupling
* Corroded coupling
* Faulty switch in the dashboard (this one could be on the expensive side to replace)
* Faulty relay
* Faulty pump

Pump can be rigged to the battery to see if it comes alive, but if you are not handy around electrical/mechanical stuff i'd not risk it.

An easier job is replacing the fuse (location and Amps are in the car's manual, replace only with same size/rating). If replacing the fuse didn't help (or if it blew immediately upon triggering the pump), I'd say to get the car into a service for a diagnostic.
Corsa E - 1.4T
MY 2016
Top

Im going to try swapping out the fuse to start with. Do you know what amp it would be?
Top

Same issue here and same symptoms as the OP:

Front and rear stopped at the same time which I think eliminates the possibility of simultaneous blocking of nozzles.

Pump makes noise when operated but no water comes out. Poking nozzles with a needle didn't change anything.

I've read on Corsa D there's a washer filter/screen where the pump connects to that can get easily clogged. Followed instructions from an online video for a Corsa D, not identical setup but similar, however when I got to the pump, i could only push up a few mm but it wouldn't free itself from where it rests no matter what. Used a flat screwdriver as a lever arm, no success plus it dented the bottle slightly. Even thought of jacking it up using some piece of wood but I am afraid I will break something as it didn't feel it should be pushed more.

Pic of where I am trying to push: 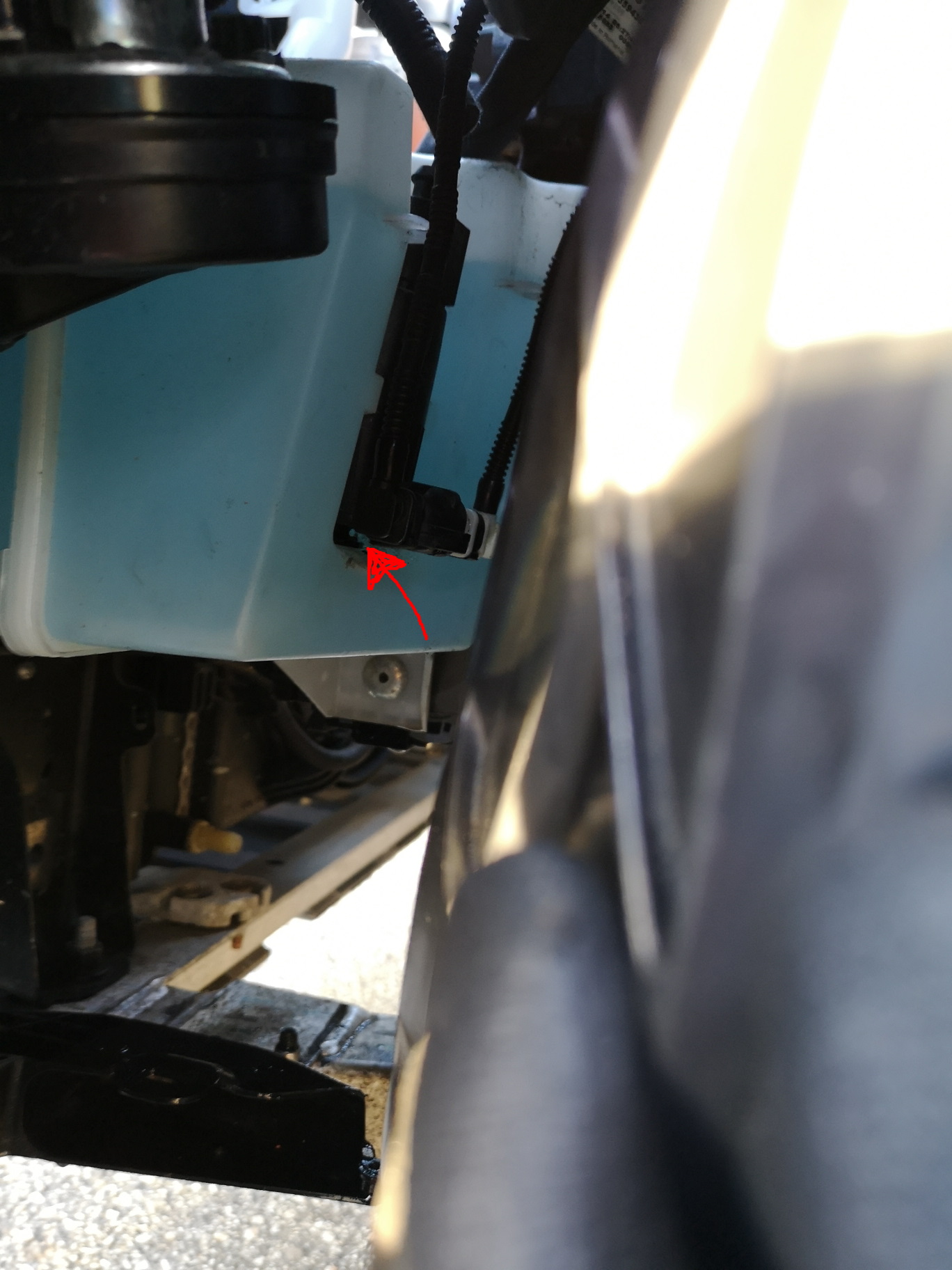 Our Vauxhall Corsa E Forums are free to join and open to all.